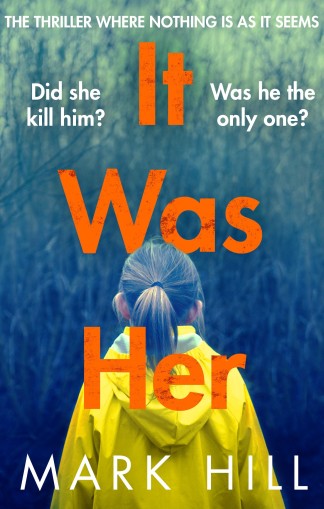 Last year I wrote a review for Two O’clock Boy by Mark Hill (you can read it here). It was the first book in the DI Ray Drake series and was full of twists and turns. It’s just be reissued under the new title His First Lie. Mark’s second book It Was Her is published today and the two books have matching His n’ Her covers. Before I give you my review, here’s the blurb.

Twenty years ago, Tatia was adopted into a well-off home where she seemed happy, settled. Then the youngest boy in the family dies in an accident, and she gets the blame.

Did she do it?

Tatia is cast out, away from her remaining adopted siblings Joel and Poppy. Now she yearns for a home to call her own. So when she see families going on holiday, leaving their beautiful homes empty, there seems no harm in living their lives while they are gone. But somehow, people keep ending up dead.

Did she kill them?

As bodies start to appear in supposedly safe neighbourhoods, DI Ray Drake and DS Flick Crowley race to find the thinnest of links between the victims. But Drake’s secret past is threatening to destroy everything.

Sometimes with a series you can get away with starting at book 2 but in my opinion, you really need to read book 1 (Two O’clock Boy/ His First Lie) first in order for It Was Her to make sense. And seeing that Two O’clock Boy made it into my top ten reads of last year, it’s a corker of a book. So, how does It Was Her measure up to its older book sibling?

I’ve deliberately used the term ‘sibling’, as at the heart of this novel, is a story about siblings – Poppy, Will, Joel and Sarah – a merry band of brothers and sisters. Or are they? With my own three children, I regularly hear, ‘I hate you!’, ‘Idiot!’ and my personal favourite, ‘Bum face!’. But when sibling rivalry turns nasty, anything can happen.

DI Ray Drake and DS Flick Crowley are back at work after the shared trauma of their last case. It should have brought them closer together but instead there’s tension between them. There are things that Flick now knows, things she has seen that she can’t un-see. Her knowledge makes Ray nervous. With one word she could destroy both their careers. But there are more important events that need their attention – the Goldilocks Killings. Homeowners are being brutally murdered in their own homes. This murderer wants more than just porridge.

Like its older sibling, there are twists and turns galore in this book too. Past events illuminate the present for the reader while Ray and Flick struggle to make sense of the clues before them. But they must find the answer and quickly. Goldilocks hasn’t finished yet – there are plenty more homes to visit.

So, has It Was Her measured up to His First Lie? Honestly, I think it’s better. From the opening scenes, the descriptions are sumptuous, the characters believable and the tension palpable. I was gripped throughout. When I first got the book, I read the opening five chapters on the train and nearly missed my stop. I then had to put it away to finish another novel but I was itching to get back to this one. It didn’t even feel as though I’d had a break from it. If you love police procedural books and haven’t read any Mark Hill novels yet, then I strongly suggest you start. If Two O’clock Boy/His First Lie announced the arrival of Mark Hill in the Crime genre, then It Was Her establishes him as a leading name here to stay. No pressure for book 3. 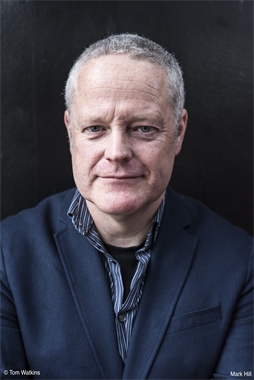 Mark Hill is a London-based full-time writer of novels and scripts. Formerly he was a journalist and a producer at BBC Radio 2 across a range of major daytime shows and projects. He has won two Sony Gold Awards.