I first met Laura Shepherd-Robinson at CrimeFest in May 2017. I asked her when her book would be out and I was gobsmacked by her reply – January 2019! Publishing really does move slowly. I bought a copy at Laura’s launch at the beginning of this year but I’ve only had the opportunity to read it in the last couple of weeks. Was it worth the wait? I’ll tell you in a minute. First, the blurb.

June, 1781. An unidentified body hangs upon a hook at Deptford Dock – horribly tortured and branded with a slaver’s mark.

Some days later, Captain Harry Corsham – a war hero embarking upon a promising parliamentary career – is visited by the sister of an old friend. Her brother, passionate abolitionist Tad Archer, had been about to expose a secret that he believed could cause irreparable damage to the British slaving industry. He’d said people were trying to kill him, and now he is missing . . .

To discover what happened to Tad, Harry is forced to pick up the threads of his friend’s investigation, delving into the heart of the conspiracy Tad had unearthed. His investigation will threaten his political prospects, his family’s happiness, and force a reckoning with his past, risking the revelation of secrets that have the power to destroy him.

And that is only if he can survive the mortal dangers awaiting him in Deptford . . .

I know the Brexit news is dire pretty much every day but it was particularly bad when I read Blood & Sugar. This debut novel was the perfect escape, transporting me back to 1781. It was the height of the slave trade in Britain where black people were not considered people but commodities – goods that could be sold or traded. Slavery is a stain on Britain’s history and no amount of scrubbing will wash it away. But Laura Shepherd-Robinson is not afraid to air the dirty laundry and she does so with great empathy.

Laura has clearly done her research. Her attention to detail is wonderful and I truly felt I was in the 18th century. It was a wrench to put it down and come back to the present day. Maybe it’s all the period dramas we have on TV but I could picture Captain Harry Corsham in his distinctive red army coat. There are wonderful descriptions throughout the book but the one that blew me away the most was the slave trade ship. I don’t want to give away too much but I barely breathed reading those scenes – the tension was so palpable.

I loved the character of Captain Harry Corsham. He’s a rare politician – of his time and of now – as he has integrity. At First Monday Crime, Laura spoke about principles and ambition in politics. Sometimes principles have to be compromised for ambition to be achieved. I love that Harry is willing to let go of his political ambitions to do what’s right.

There’s a cast list at the beginning of the book and it’s definitely needed. Thankfully, characters are introduced slowly and I only found myself glancing back to the list a couple of times just to confirm who people were. Oddly, I didn’t use the map at all but it’s always good to have a map.

Throughout the whole story, there’s the tension of justice and injustice, a tightrope that Harry Corsham has to balance on. There are times when this book isn’t easy reading. We are not spared the harsh reality of slavery. Although this is fiction, in her Historical Note at the end, Laura explains more about the factual elements behind the story.

Blood & Sugar is a complex novel with fiendish plotting at the heart of it. I couldn’t work out the killer (which normally makes me cross) but I loved finding out who was responsible, especially in such dramatic fashion.

I’ve used the word ‘love’ quite a lot in this review but I can’t think of a better one. At just over 400 pages, this is a weighty novel but it never once dragged and I reluctantly put it down to get some sleep. To put it simply, this is an astonishing debut. So yes, most definitely worth the wait! 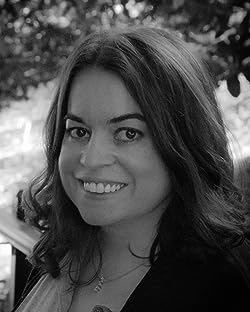 Laura Shepherd-Robinson was born in Bristol in 1976. She has a BSc in Politics from the University of Bristol and an MSc in Political Theory from the London School of Economics. Laura worked in politics for nearly twenty years before re-entering normal life to complete an MA in Creative Writing at City University. She lives in London with her husband, Adrian. Blood & Sugar is her first novel.