I’m delighted to kick off the blog tour for The Dangerous Kind by Deborah O’Connor. This is Deborah’s second book but the first one I’ve read. I managed to get my hands on a proof last year at Harrogate and then it sat with all my other proofs in a bag that I dip into when I can! So I’ve only just read it. But I’m so glad I did as it’s a powerful read. Thank you to Tracy Fenton for inviting me to be part of the tour.

One in 100 of us is a ‘potentially dangerous person’ – someone likely to commit a violent crime. We all know them: these charmers, liars and manipulators. The ones who send prickles up the back of our neck. These people hide in plain sight, they can be teachers, doctors, holding positions of trust, of power.

Jessamine Gooch makes a living tracking the 1 in 100. Each week she broadcasts a radio show that examines brutal offences, asking if more could have been done to identify and prevent their perpetrators.

But when she agrees to investigate a missing person case involving a young mother, she is drawn into a web of danger that will ultimately lead to the upper echelons of power, and threaten the safety of her own family.

What if the people we trust are the ones we should fear?

Told through a variety of voices, this novel looks at the ‘dangerous kind’. The killers and abusers that no one saw coming. Those who wear a mask of civility to hide their sins. Jessamine Gooch is the main protagonist. A radio broadcaster of a ‘certain’ age, Jessamine is fighting to save her radio show whilst fighting her hormones. Having just read Worst Case Scenario by Helen Fitzgerald, it’s encouraging to read about women going through the menopause. It’s something  I increasingly relate to. Unfortunately for Jessamine, her hormones get the better of her and she finds herself ‘released’ from her show for a while. But that allows her time to look into the disappearance of Cassie Scolari.

Jitesh is an 18 year old trainee at Broadcasting House. Crippled greatly by a stammer, he has other ways of making friends. Ways that may not be entirely legal. I particularly loved Jitesh and his story. He and Jessamine make an unlikely pairing together in the hunt for the missing woman.

The final thread of the story is set in 2003 whereas the other three are current. Rowena is 13 and in a care home. I don’t think I need say anymore. These sections are heart-breaking. I wanted to read them but not read them at the same time.  Deborah O’Connor’s writing is just stunning.

I’m always impressed by authors who can write multiple viewpoints. Deborah O’Connor makes this look easy. Somehow she manages to weave all four stories together for a painful but powerful climax.

At the core of the book is hidden abuse, both past and present. It’s been a common theme in novels for a while now. Finding a new way to look at this isn’t easy but through the character of Jessamine Gooch, Deborah O’Connor has achieved it.

I was fortunate to see Deborah O’Connor at First Monday Crime this month. It was great to hear how Deborah got the inspiration for her novel. For her it was a collision of ideas. She’d heard Laura Richards, a criminal behavioural analyst, talk about a list of people that the police have. A list of possible dangerous people who are yet to commit a crime but have the potential to do so. At the same time, two other things were going on – Operation Yew Tree and the terrible plight of teenage girls in Rotherham. These three threads became a plot in Deborah’s brain. Although these storylines are deeply harrowing, Deborah always holds out hope that it will be OK in the end for her characters.

And I think there are three ‘H’ words that sum up this book perfectly – harrowing, heart-breaking and hope. 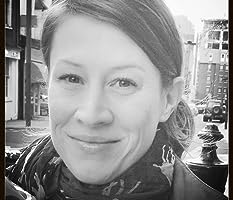 Deborah O’Connor is a writer and TV producer. Born and bred in the North-East of England, in 2010 she completed the Faber Academy novel writing course. She lives in London with her husband and her daughter. She has not worked at the BBC.